Cole Begley, a member of the St. Michael’s College School (SMCS) Class of 2021, is getting ready to take the next steps in his lacrosse and academic journey, joining older brother and alumnus Carter Begley ’19 at Drexel University. 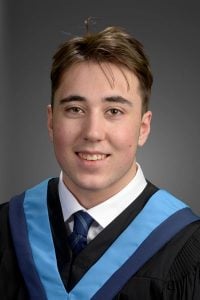 “To have this experience alongside my brother is amazing,” says Begley, who has committed to Drexel for September 2022. “The campus is also in downtown Philadelphia and I’m excited about living in a big city.”

“Drexel has a long history with lacrosse and has been fielding a team for 80 years,” he says. “They also play in a very strong conference, the CAA (Colonial Athletic Association), and play a great schedule of teams every year.”

Begley has been playing lacrosse since he was three, starting out in a ‘sticks and gloves’ programme through Barrie Tornados Lacrosse.

“I enjoy the camaraderie and the competitiveness but beyond that, lacrosse is more than a sport to me, it is part of my identity,” he says. “Some of my best friendships have been formed on the field. Lacrosse has taught me a lot about leadership, discipline, accountability, and teamwork.” 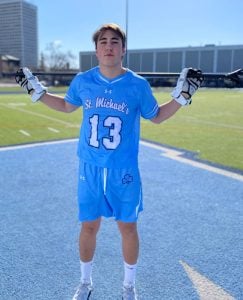 With a long list of awards and accomplishments including SMCS Blue Gaels MVP in 2019, two-time All Canada Games All-Star player, Lax Records Player to Watch List, and many more, Begley has shown his talent and commitment on the field.

“Cole is a force, with the range, toughness, and field smarts to quarterback the entire defence,” says Angus Dineley ’03, English Department Head and lacrosse coach at SMCS. “He also has the hands to jumpstart his team’s transition offence. He’s a tremendous athlete and a student of the game.”

In addition to playing on the Blue Gaels Lacrosse Team at SMCS, Begley plays club lacrosse, box lacrosse, and has been playing rep hockey since he was three or four years old.

While at Drexel, Begley is interested in pursuing a degree in physical therapy.

“I am drawn to physical therapy because the idea of playing a role in helping a patient undergo rehabilitation and recovery and seeing someone's quality of life and function improve is appealing to me,” says Begley, who will officially sign with the team later this year.

“SMCS has made me a better student-athlete. I've learned how to balance academic demands while playing my sport,” he says. “It isn't always easy and SMCS helped me learn how to manage my time and prioritize my workload to ensure success in the classroom and on the field.”