A group of Grade 10 French students at St. Michael’s College School (SMCS) are finding ways to make new connections and expand their learning outside the classroom during the pandemic.

The E-pals programme is quickly bringing together many aspects of the course objectives, including developing core language skills, learning a new culture, as well as building new friendships.

“The programme provides an opportunity for students to learn about French culture in the most authentic way possible, develop extrinsic motivation to use their French by engaging them in a dynamic learning opportunity, and cultivate global citizenship through cultural interactions,” says Gaffney. “We are looking to foster students’ confidence in their linguistic ability by showing them that they can have real conversations with native French speakers.”

As part of the programme, SMCS students will be communicating exclusively in French and students from Collège Privé Sacré-Coeur will correspond in English.

In December, students from Collège Privé Sacré-Coeur wrote to SMCS Grade 10 core French students and in January SMCS students sent back their responses. Class time was allocated to helping students with letter writing, developing appropriate questions to ask, and discussing the elements of French culture they learned from their new friends in Annonay.

Each school has also shared promotional videos to teach students about the similarities and differences between the Basilian schools.

“The traditional teaching methods often observed in language classrooms combined with a lack of appreciation for the value of speaking a second language mean that some students have negative attitudes towards French in general,” says Gaffney. “I’m passionate about providing students with experiential learning opportunities to show them that through learning French, they can gain another perspective of the world and open a door to another way of living and thinking.”

“This project aligns very well with remote teaching and learning as it leverages technology to build connections from across the world. It’s perfectly suited to pandemic pedagogy,” says Gaffney.

Although the SMCS academic ‘block schedule’ presents a few challenges around coordinating the timing for exchanging messages, the benefits are clear and the students are finding great value.

Read a few of the letters written by students from both schools.

“The E-Pals exchange programme has helped me with my French writing skills and has also helped me learn more about French culture,” says Leonardo Rizzuto, a Grade 9 student at SMCS. “We learn about the types of things that people in France like and what their interests are through words and pictures. It’s interesting to see how the culture in France is so different from here. Whether it’s sports, food, or movies, there are many comparisons to be made and so much to learn.”

Collaboration between the two schools from a leadership perspective has been seamless. Gaffney’s teacher counterpart, Marie-Pierre Emaille, is leading the way from France. The two educators have spent hours video-conferencing to plan and review the logistics of the programme.

“I wasn’t sure if I would be able to find someone whose enthusiasm for the idea matched mine, but I have been thoroughly impressed by how interested Marie-Pierre is in making this a success,” says Gaffney. “Every time we talk, I leave the discussion feeling excited and energized.”

The early success and enthusiasm is starting to spread to other classes at both schools. In mid-January, Jennifer Chan Lee, another Grade 10 core French teacher at SMCS, began conversations with Collège Privé Sacré-Coeur to expand the programme to more classes. 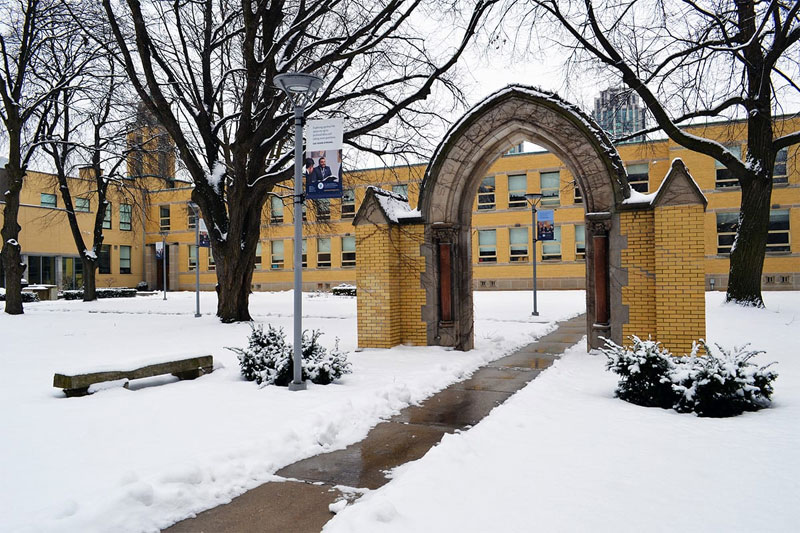 “Students seemed very interested in analyzing the similarities and differences between our school and Collège Privé Sacré-Coeur,” says Gaffney. “We hope we can learn from each other as we continue our communication throughout the year.”

In the future, several opportunities are being explored from video messages to a trip to Annonay, France, when it is safe to do so. As well, Gaffney plans to work this new initiative into an assessment in the second half of the school year.

“I’ve really enjoyed the programme as it has allowed me to communicate with new people and better understand what life is like in Annonay, France,” says Basili Giaouris, Grade 10 student at SMCS. “It has helped me practice my French while communicating with somebody in a different country who perhaps I may one day get to meet.”