A Grade 10 science project on human organ systems allowed students to get creative building models out of household items while learning at home.

“The idea came about as the Grade 10 teachers were trying to determine assessments for the block in January, as we were going to be at home and only wanted to have one test,” says Jenna Hilborn, science and biology teacher at St. Michael’s College School (SMCS). “One of us threw out the idea of the students building or creating something to make the assessment more authentic. With a few searches on Google and YouTube, we had discovered that it would be fairly simple for the students to build a model of an organ or organ system from materials around their house. Then we came up with questions for the students to answer in their conversation about their model.”

“Students could use any material they found around their house as long as they could make the model function similar to the organ or organ system they chose,” she says. “In the biology unit of Grade 10 science, we study five different systems: respiratory, circulatory, digestive, nervous, and musculoskeletal. From those systems, they could choose to create an entire system, or choose a few organs from a particular system.”

Using materials from balloons and fitness bands to straws and water bottles, students built working models to demonstrate and explain the function and purpose of the organ system they chose.

“I loved the creativity of the challenge, as I found it to be very fun,” says Grade 10 student Luca Passero, who built part of the digestive system using a water bottle, plastic bag filled with vinegar, and a strawberry covered in baking soda.

Connor Thompson, Grade 10 student, decided on the musculoskeletal system and built his model out of cardboard, pins, and elastic bands.

“I enjoyed the challenge of trying to build something using only what I had lying around,” he says. “My project helped me to get a better understanding of my system by giving me clear knowledge of what each portion of it does and how they act as a whole.”

The project was designed as an alternative to the frog dissection that was supposed to occur during the month of school where students were exclusively learning from home.

“It allowed students to better understand how the structure of the organs and types of cells involved are related to the function of that organ, as they had to try to use materials from around the house to emulate those organs,” says Hilborn.

“What impressed me the most was the boys’ creativity in finding household materials to create their project and how enthusiastic some students were to create something out of random materials found around their house,” she says.

Check out some of the resourceful projects below: 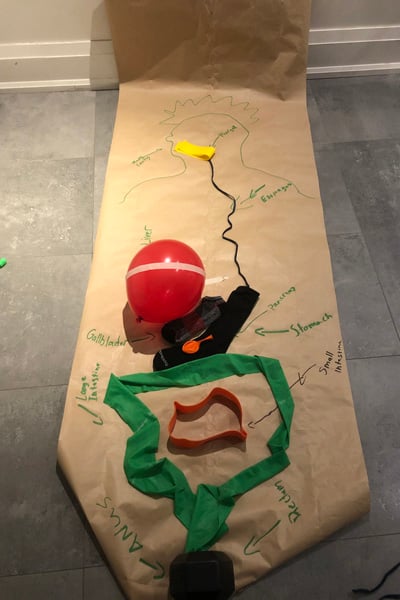 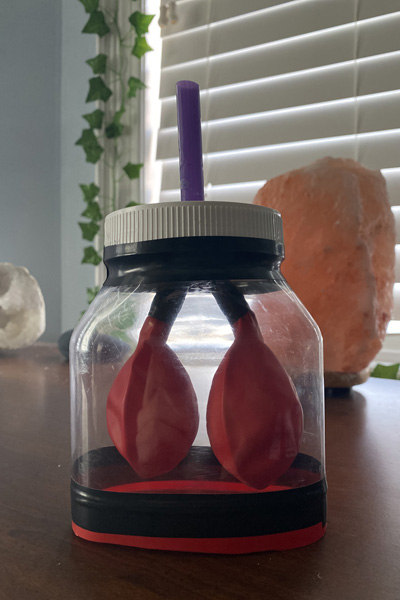 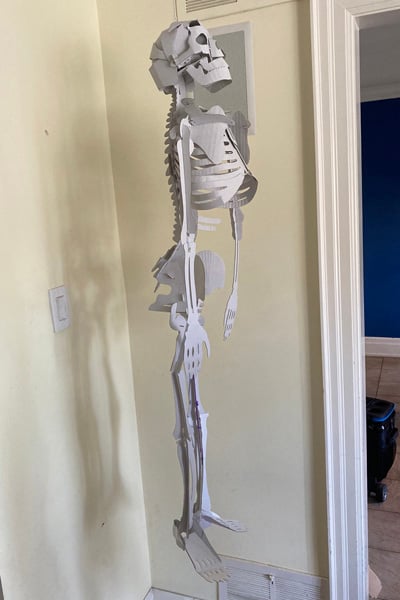 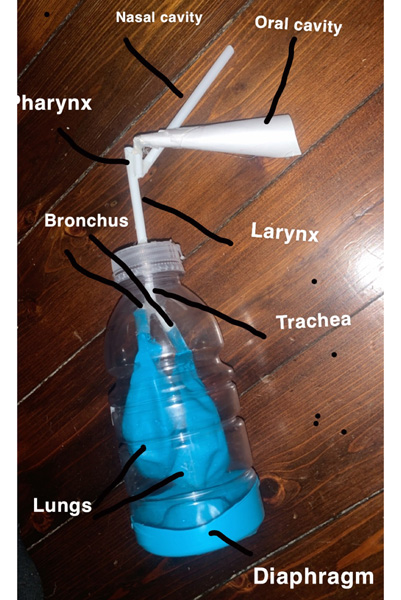 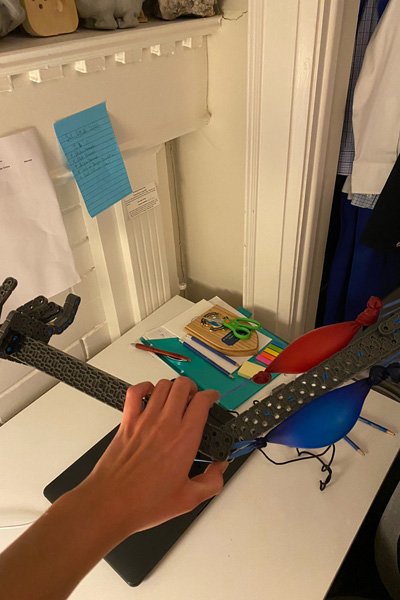 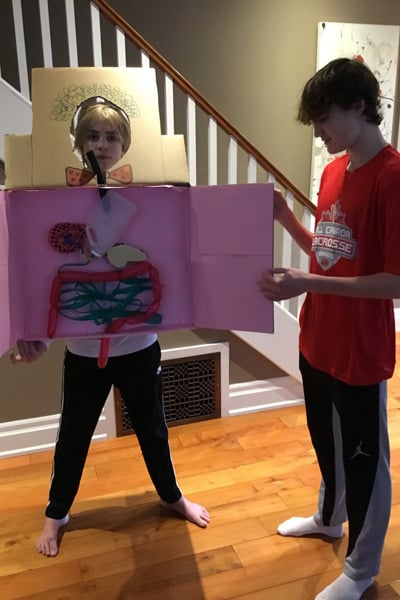 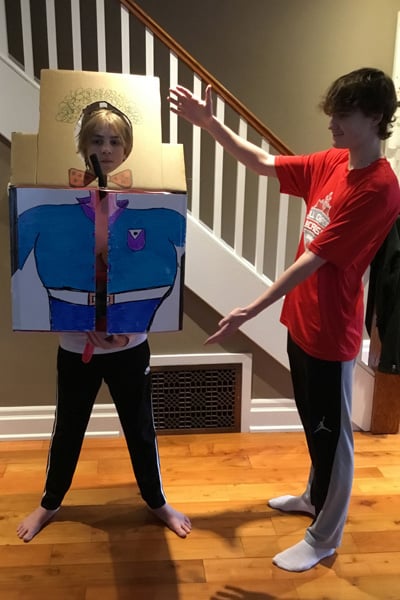 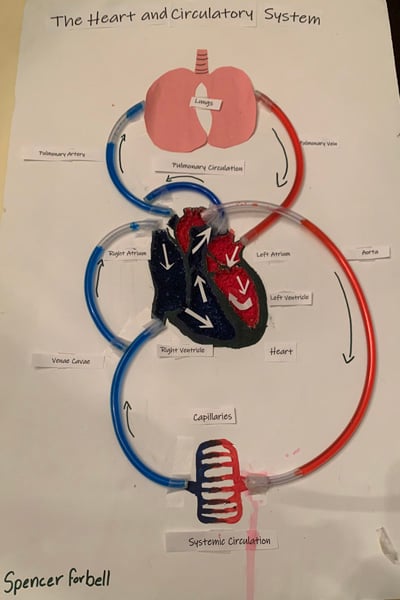 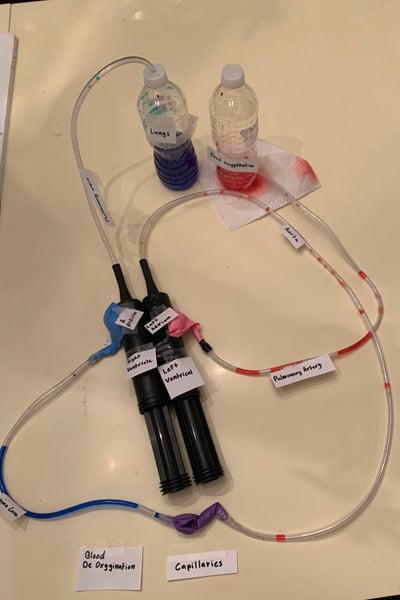