“The goal on Thursday, September 30 is to have our community recognize the impact and the legacy of the residential school system in Canada,” says John Walsh ’73, Manager of Community & Learning Partnerships. Walsh is also the chair of the Indigenous Education Group at SMCS.

“The overall goal is to start to deepen our overall knowledge and understanding of Indigenous history, their culture, and perspectives,” he says.

In addition to recognizing and honouring Indigenous Peoples on September 30, the Indigenous Education Group and the school’s Administration are making plans to embed more education around Indigenous issues in the curriculum, including inviting more guest speakers and Indigenous Elders and Knowledge Keepers to regularly speak with students.

One of the first steps that the school has taken, is to construct a Curriculum Audit Tool to determine existing gaps in the curriculum and identify further opportunities for growth. Created by the Diversity, Equity, and Inclusion Committee, this tool will be used beginning this term with SMCS department heads. They will begin to evaluate the courses within their own departments in order to infuse Indigenous issues and other issues of diversity, equity, and inclusion into the fabric of courses, going above and beyond pre-existing curriculum expectations.

The Curriculum Audit Tool is a rubric with categories that ask our faculty to question lesson plan design, create discussion topics, as well as assessment opportunities with a critical eye on how can they meet, and go beyond the curriculum, with a distinct focus on Indigenous and other issues such as anti-black racism, LGBTQ+ support, etc.

The goal is that the audit tool won’t just be unique to specific courses but infused in all classrooms and done in authentic and meaningful ways with advice from Indigenous Elders in a conscious effort to be mindful that it’s not always our place to tell other people’s stories. By seeking authentic voices and partnerships like this, it becomes an extremely valuable tool in educating students from an authentic perspective.

“Along this journey, students are learning about Indigenous Peoples living in Canada that they might not otherwise have learned in previous courses, schools, or even in their own household,” says Jacob Lang, science and biology teacher at SMCS. “Sadly, those were all the intended impacts of residential schools that the Canadian government had in mind all those years ago. There’s a reason why not a lot of people know about this – it’s because they didn’t want them to.”

On September 30, for the first National Day for Truth and Reconciliation, staff and students took part in discussions on the history of our First Nations, Métis, and Inuit Peoples, colonization, the impacts of residential schools, Survivor stories, and other important topics.

None of the discussions or initiatives would be possible without the advice and collaboration from Cat Criger, an Indigenous Elder, Traditional Teacher, and Knowledge Keeper. Criger has been engaged in the process and has assisted in developing the frameworks that were used to educate our students.

The school, with the guidance of Criger and the Indigenous Education Group, opted to construct a unique day of reflection framed around the Seven Grandfather Teachings of wisdom, honesty, respect, courage, love, humility, and truth.

Students and staff paused at the start of each period for 20-minute discussions where they took the time to learn and reflect on topics throughout the day.

“Being Métis, this is a very personal journey for me” says Lang, who is of the Métis Nation of Ontario under Barrie South Simcoe Métis Council. “I’ve kind of put it on myself, this responsibility to not only continue to learn about the language and history of my Indigenous ancestry but also, as a teacher, to share this knowledge with my students too. I am a big believer in being culturally responsive whenever I can in the classroom. Being Metis, I feel I owe it to my ancestry and to my profession. Being a part of something like this is something I’ve always wanted to do; I’ve always wanted to educate my students about Indigenous cultures not just in Canada but around the world.”

Lang is also a member of the Indigenous Education Group, which is collectively working to embed more Indigenous education into the school’s curriculum.

“Schools play perhaps the biggest role alongside government to ensuring these Calls to Action are acknowledged, honoured, and ultimately realized,” he says, referring to the 94 Calls to Action put forward by the Truth and Reconciliation Commission of Canada back in 2015. “Even though the education portion of these calls is somewhat small, we have the biggest impact because we’re teaching  children and they need to know not only what happened, they need to know what the impacts of these residential schools were, and they also need to know the hard truth that there are many to blame for this who were ultimately responsible for it, including both the Canadian government and a number of Christian churches”

Impacts from a day of reflection

“The impact I hope students, and staff for that matter, have is that these things really happened in these schools and not all that long ago,” says Lang. “The other impact is hopefully staff and students realize that the effects of these Indian residential schools extend beyond the walls of those schools, the effects are intergenerational.” 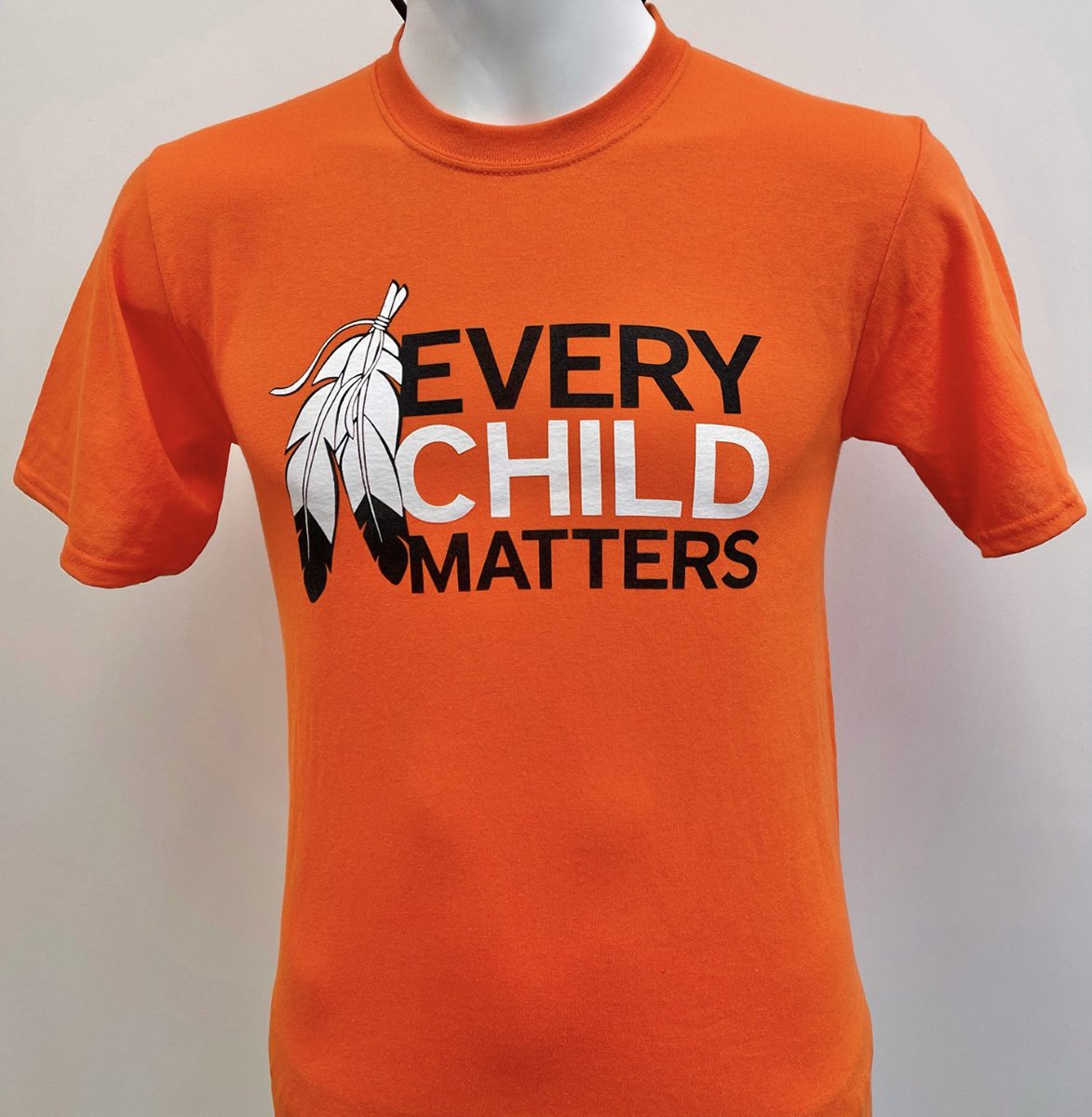 Lang explains that the intergeneration effects are passed down through generations both behaviourally and genetically, where even though an Indigenous person may not have even stepped foot inside a residential school, they can still feel the effects of the system.

“I hope that staff and students start to understand that they have role to play in Truth and Reconciliation. Even though the students weren’t there, they still have a role to play,” says Lang. “We all have responsibility to seek allyship with Indigenous Peoples in Canada. That means coming to truth with what’s happened in the country, learning about Indigenous cultures in an effort to revive them given the cultural genocide that took place. I like to think of it as being a ‘co-conspirator.’ One who seeks allyship is one who is actively engaged in the Indigenous community in an effort to try and make things better for the present and future. Residential schools had a serious impact on Indigenous culture because they sought to ‘kill the Indian in the child.’ If that culture can’t be passed from one generation to the next, then the culture fails to survive and becomes extinct.”

After participating in the discussions on September 30, Christopher Pinnington, Grade 12, reflected on the lessons and stories he learned.

“[The day’s] discussions and reflections impacted me by filling me with a desire to change,” says Pinnington. “From hearing the heartbreaking personal stories of residential school Survivors to listening to Cat Criger’s powerful words about love and wisdom, I was filled with an incredible range of emotions from deep sympathy for the Indigenous peoples of Canada and all that they went through, to disappointment in myself for not knowing or doing more to help this cause.”

He adds, “One of the most impactful lessons I learned today was Cat Criger’s advice of considering how we today can best influence the next seven generations. I thought this was a wonderful way of thinking about how to better yourself as a person because it allows you not just to confront how you can be a better person in your life today, but to consider your effect on future generations. Someone who is kind and loving to all people regardless of their differences is undoubtedly a good person, however, someone who, on top of being kind and accepting, uses their voice to fight for the rights of others who are oppressed for their differences definitely has more of an impact on the world than the former.”