Raising the bar on student assessments within a restrictive pandemic world was a driving force behind an assignment recently handed out in a Grade 10 French class at St. Michael’s College School (SMCS). 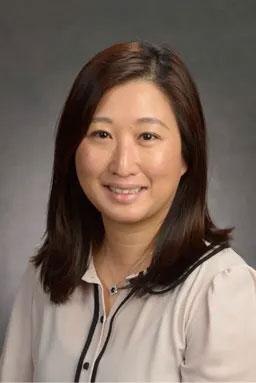 “The shift to remote learning has changed me as a teacher,” says Jennifer Chan Lee, a French teacher in her second year at SMCS, and her 15th year teaching overall. “I find myself constantly asking the question, ‘What’s the most important thing students have to do or know?’ when I look at each new topic. I have become an essentialist. And for this particular unit, speaking French, authenticity, and creativity were most important.” She also had to consider the current climate.

“Students can feel very lonely when learning online, therefore ensuring they maintain the human relationship is important,” Lee continues. ”In language class, students often work in collaboration with others and building relationships with each other. These relationships are the foundation of the classroom and are so challenging in a remote world,” she says.

With that in mind, Lee decided to build on an earlier experience from a month prior, in which she invited a chef to conduct a cooking demonstration — virtually and entirely in French.

“The students had the opportunity to expand their current vocabulary while watching Chef Suzanne baking French recipes from scratch,” says Lee who currently teaches six classes of French, totalling more than 130 students. “The chef provided an interactive cultural experience for our students.”

Enter ‘Chef à la maison’ — the next natural step, Lee surmised. One that would require employing a new approach.

“When I asked the class, how many of them cook at home, there were barely a couple of hands up,” says Lee, who speaks four languages, including Chinese and Creole. “It was a first time for many of these teenage boys in the kitchen.”

The assignment? A virtual cooking show in French, delivered in video format. Students had time over the Christmas holidays to produce it.

“When I first received this assignment, I thought that it would be a fun way to cook something for me and my family to enjoy, along with learning French in an unusual way,” says Egor Miroshnichenko, a Grade 10 student. “To be honest, cooking isn’t my strong suit. The biggest challenge was not only to describe a recipe in French, but to actually cook it and make it edible,” he says.

For his recipe, Egor, who also speaks Russian, chose to make a French staple. “There is a classic Russian saying: the first pancake is always burnt. This means that the first attempt often fails,” explains Egor. “Luckily, I avoided this, and my crepes came out well on the first try!”

“The coolest part of the assignment was that it is not only a French exercise and cooking, but also a media project where I got to make my own video,” he adds. Apart from learning how to make crepes, I learned French terms that can be used to describe food-making.”

Tobias Weiler sits in the minority in his Grade 10 French class, when it comes to cooking.

“I was very excited when I first received this assignment because over the pandemic I have been baking a lot,” says Tobias, a Grade 9 student taking Grade 10 French. “I tried a new recipe at least once a week, so when I got this assignment I was immediately thinking about which one I would choose.”

He opted to make lemon squares.

“I think the biggest challenge that I had was making my video stand out. I knew that I was good at baking and I wanted to do something else to make it more fun and unique. I decided to add music, pictures, and captions,” says Tobias.

“This video forced me to practice my conversational French,” Tobias continues. “I also had to expand my French to learn language related to baking.” He notes gaining other new knowledge as well. “I learned that I really liked the creative aspect of making the video. I learned how to use iMovie for this project and I have used it many times since,” he says.

“What they produced went beyond my expectation,” says their teacher Ms. Lee. “Many videos are very creative and some added French music and elements of French culture. Each video brought a smile to my face! This assignment not only taught them skills in the kitchen but also opened a dialogue with their parents about schoolwork and a shared family recipe.”