Why I Chose Teaching as a Second Career: Francesco Bellissimo

The apple didn’t fall from the tree when it came to Francesco Bellissimo’s first career. 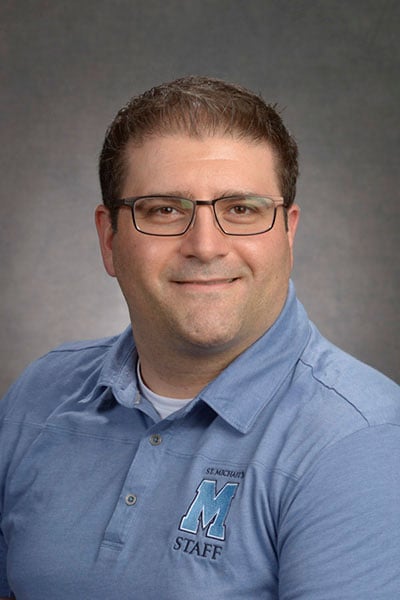 “My family history initially drew me to accounting,” says Bellissimo, accounting and economics teacher at St. Michael’s College School (SMCS). “Both my dad and my brother are accountants, so I was interested in and intrigued by it. Once I started my program at the University of Toronto, I saw the diverse career possibilities in accounting, which excited me to pursue this profession even more.”

Things went according to plan for the first five years for Bellissimo, who has a Chartered Professional Accountant (CPA, CA) designation.

“Within accounting, I worked in three of the major fields commonly occupied by CPAs, which are external audit, finance, and internal audit,” he says.

However, Bellissimo’s appetite for change and variety within the field was driven by an unlikely motivation.

“I switched each time because there was always something missing for me. I didn’t feel fulfilled,” he says. “Whether it was report writing or analysing spreadsheets, I was always looking for something else.”

“I really enjoy interpersonal interactions and working with individuals as a mentor.” That fact was confirmed by Bellissimo’s part-time activity. “In addition to my regular duties, I was training employees as well as tutoring economics and accounting on the side. That really helped me to think about pursuing teaching seriously,” he says. “I’d always thought about it as potentially a part-time position. I would teach at a college or university in addition to my full-time day job as an accountant.”

During his fifth year of practice, the writing on the wall was unmistakable.

“The enjoyment level started to become a factor. My role at the time didn’t involve much training and I was really missing that,” he says.

The lure of starting a new career, dedicating a year to earn his teaching credentials, while exciting — posed immediate obstacles.

“I was still hesitant because we were a young family,” says Bellissimo. “My wife was pregnant with our second, so we knew she would be on maternity leave for pretty much the entire time I would be in teacher’s college. We’d be on a significantly reduced household income as a result.”

Again, family played a critical role — this time his wife, who is also a CPA, CA.

“She helped convince me and push me over the hump,” recalls Bellissimo. “Without her being on board and helping me realize this is my passion, I don’t think I’d be here.”

Seven years into his second career, Bellissimo has never looked back.

“Being with other people, sharing my experiences, and imparting knowledge on a daily basis is really where I truly believe I thrive the most,” he says. “Getting to work with students on achieving their goals and working with them to master the content and bring out the best of themselves is what I enjoy.”

“There are certainly many transferable skills that I apply in my current teaching career, such as multitasking, thinking creatively and working in a dynamic environment.”

Additionally, he says his experience producing detailed, professional accounting presentations and reports serves him well in the classroom.

“I can be meticulous with my PowerPoints! Sometimes I think I’m spending too much time on them, but when I get feedback from students saying they really enjoy them and find them not only interesting, but informative and helpful for tests and assignments — that’s really where the reward comes!”

Transitioning from an accounting firm to a classroom has also meant other changes.

“My biggest adjustment was really making sure to simplify things,” says Bellissimo, who received this feedback from one of his mentors in teacher’s college. “Now it’s almost like second nature to me. I always try and make sure that even if I’m leading with something, I’ll always backtrack and make sure we explain what it is or, even get class participation to explain what it is. Breaking things down before we proceed.” 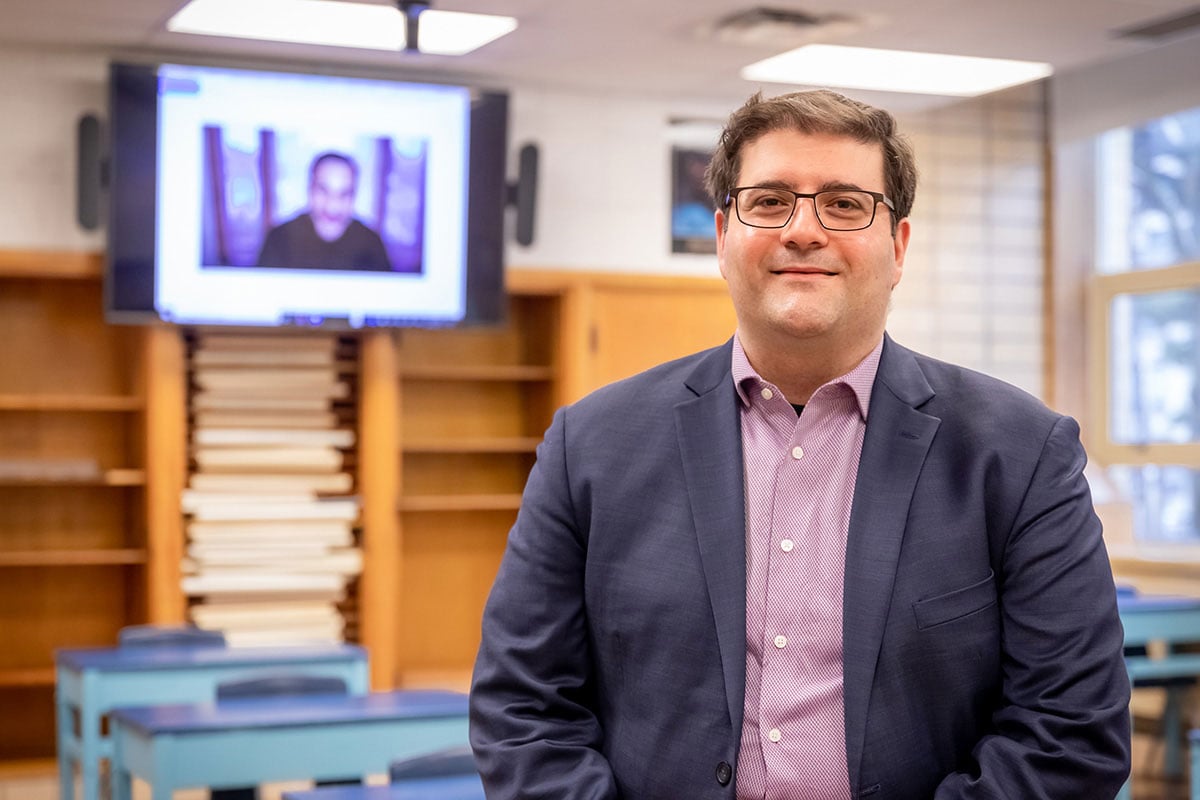 His biggest challenge? “Just trying to manage everything,” says Bellissimo, who is a father of four — all eight years of age and younger.

“At this stage in my life, it is about trying to be a father at home and also trying to be a leader to the boys that I teach — just making sure there’s time for all of that.”

Never be afraid to try something new, regardless of your age, or where you are in your life. If you feel that’s your calling, then definitely pursue it.

Be passionate about what you do.

Make sure you’re doing what you love. And if you follow that, then you’ll end up where you need to be.

Always pursue your dreams and what you want to do.

This story is part of an ongoing series on the career journeys of St. Michael’s College School staff.