Why I Chose Teaching as a Second Career: John Walsh

A gifted athlete in high school specializing in soccer, football, and track, John Walsh was certain of one thing as a teenager contemplating his future career. “I always thought I wanted to be involved in sport. It was always in the back of my mind,” he says. “I had no idea what.”

His plan to delay attending university following high school hit a roadblock when Walsh got the opportunity to join the football team at the University of Waterloo. He seized it, concurrently enrolling in the school’s arts programme. But, early on, he suffered a ruptured kidney on the field, derailing his playing career.

The timing of the injury was in some ways fortuitous. Walsh was not enthusiastic about his programme or courses and soon returned to Toronto.

What would happen over the next several years involved a series of chance encounters and rekindled relationships — all of which helped him gain greater clarity in discerning a career path.

“I was always fascinated by the mechanics of sport,” says Walsh, who graduated from St. Michael’s College School (SMCS) in 1973. “The thought of teaching someone how to do something, that was always at the forefront.”

As luck would have it, a former coach asked if Walsh could help him with a high school football team in Toronto on a volunteer basis.

It was this experience and the people he met during his two years as a volunteer coach that would guide and define his academic and career trajectories. “I was a sponge,” Walsh recalls. “I was just absorbing what these guys were doing. I was working with some pretty classy people at the time. Their teaching, recruiting, motivation, and everything that went along with it. I learned a lot. They were all such terrific guys.”

Among them, two men who would prove to be his most influential career mentors. Leo Cahill, would go on to become a legend in the Canadian Football League (CFL) as both a coach and general manager. The other, Francis ‘Blackie’ Johnson, coached at Notre Dame and in the CFL.

“They had this ability to help people, like players, and bring them along,” says Walsh. “They looked at the players as more than just commodities. They were people. The relationship that they had with these players mattered.”

The tutelage crystallized Walsh’s goals for him. “Now, I had a greater direction. I wanted a credential that would help me with coaching. My thinking was I wanted to coach at the university level, because I figured that was attainable as opposed to the professional level,” he says. “I was determined that I was going to coach and make a living out of coaching.” 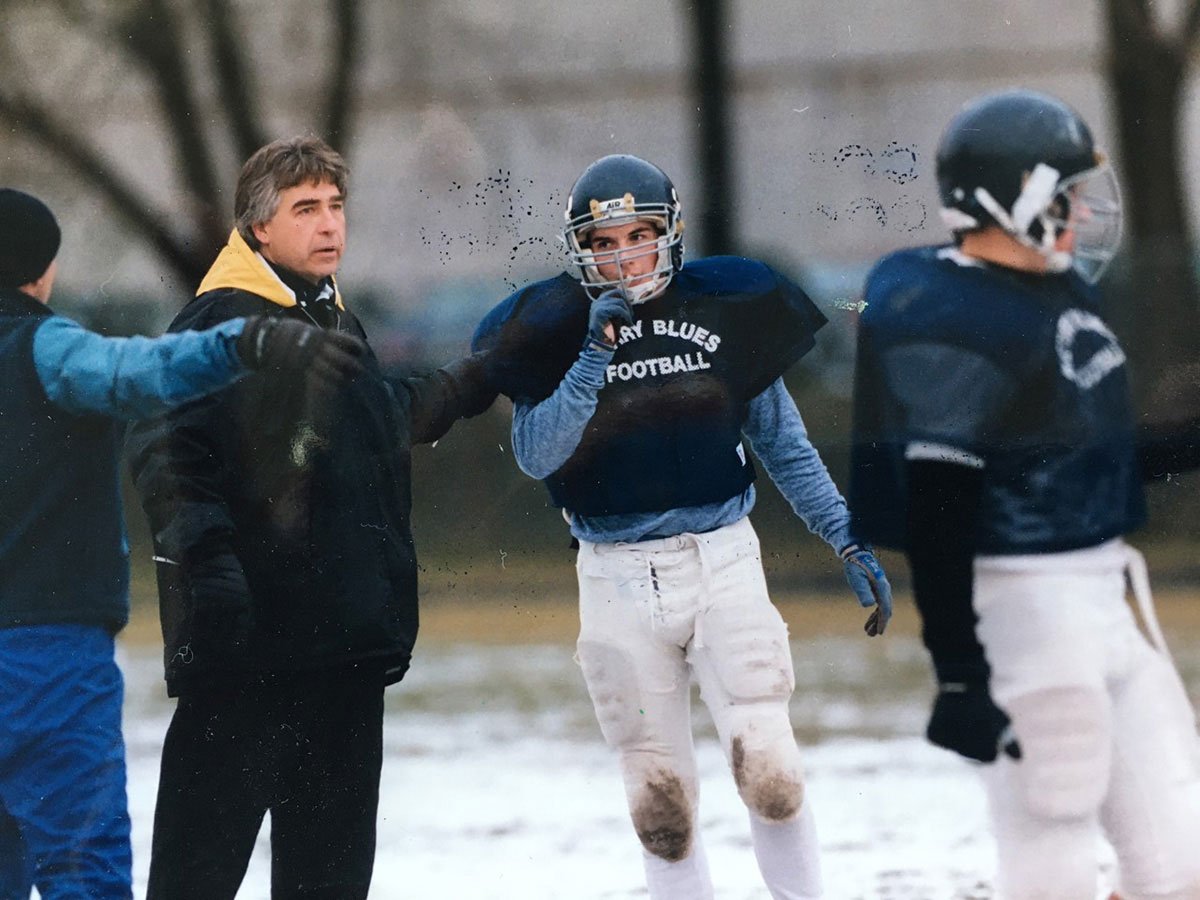 Specifically, he wanted to coach football. “I enjoyed the battle in football. To me, it was like a chess game. They move. You move. When you are physically out on that field, it’s about who makes the least mental mistakes,” he says. “The coaching thing for me was one big chess game.”

He returned to university pursuing a degree in Physical Health and Education at the University of Toronto, while working as a coach in the evening.

“I was doing a lot of biomechanics, and physiology during the day at school,” he says. “You’d be learning about the mechanics and in the evening, you’d be putting them into play. It kind of went hand in hand. It was a nice blend.”

Walsh would go on to work in the CFL as a coach in Ottawa, Hamilton, and Toronto over the course of seven seasons. “All of a sudden I am coaching football for a living,” he recalls fondly. “The minute you walk in there, it’s like wow, I’m here!”

He describes the experience as living a “nomadic” lifestyle.

Walsh also served as a college scout for the Saskatchewan Roughriders and worked in the CFL head office.

Along the way, he added to his university repertoire coaching York University, University of Toronto, and Guelph’s varsity football teams.

Then, in the early 1990s a visit to his alma mater — a place first introduced to him at age seven by his late older cousin Tom Polanic ’62, a former SMCS Athlete of the Year and NHLer — would alter Walsh’s career path again. 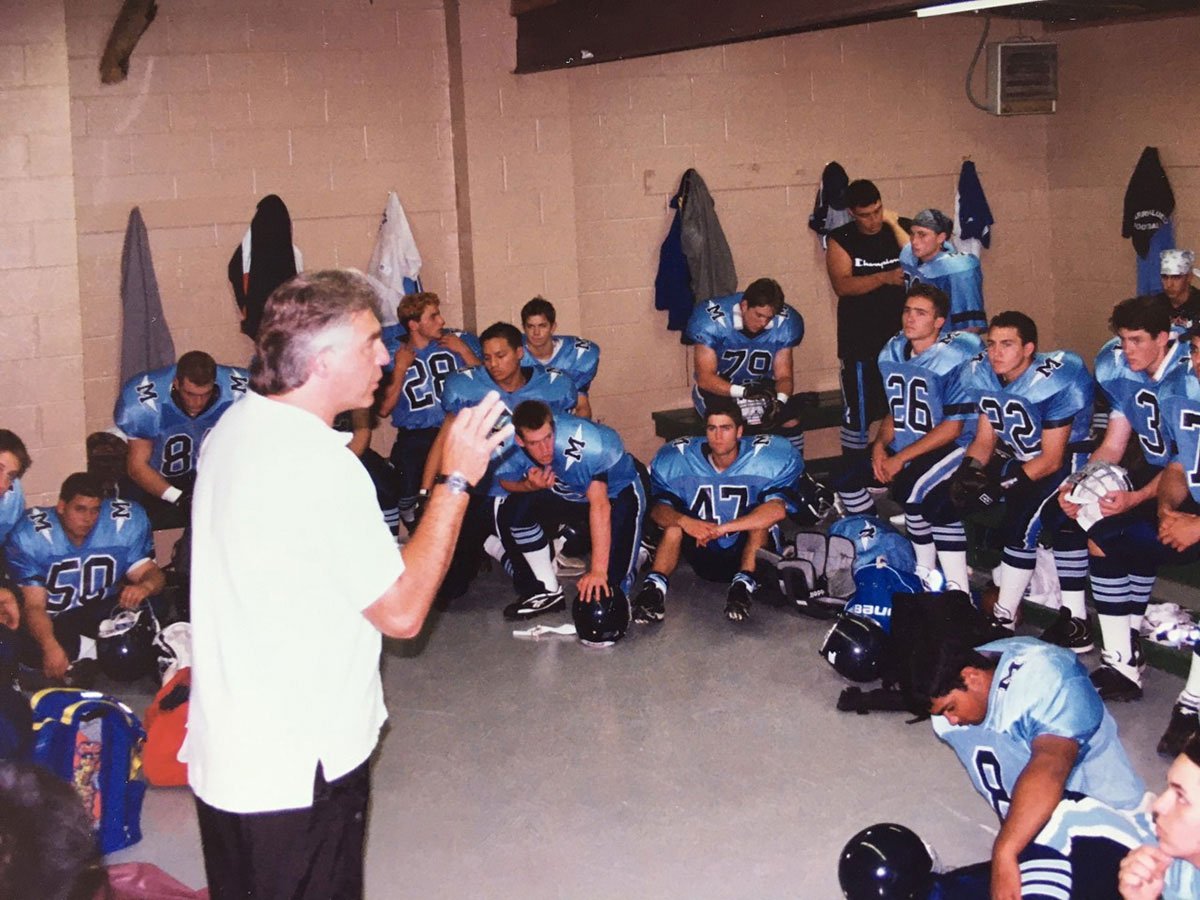 After initially supply teaching and coaching football at SMCS, Walsh returned to the CFL for a season with the Hamilton Tiger Cats.

In the off-season, he pursued his Bachelor of Education degree at the University of Toronto.

He was offered a full-time position at SMCS in 1992.

“I had lost the desire for the nomadic life of coaching,” he says. “So, it just felt right. I didn’t think it could get any better. It just seemed perfect being able to teach and coach and be at St. Mike’s.”

Early into his career at SMCS teaching science and coaching football, hockey, and track, Walsh would have an experience that would both validate and forever influence his second career choice. 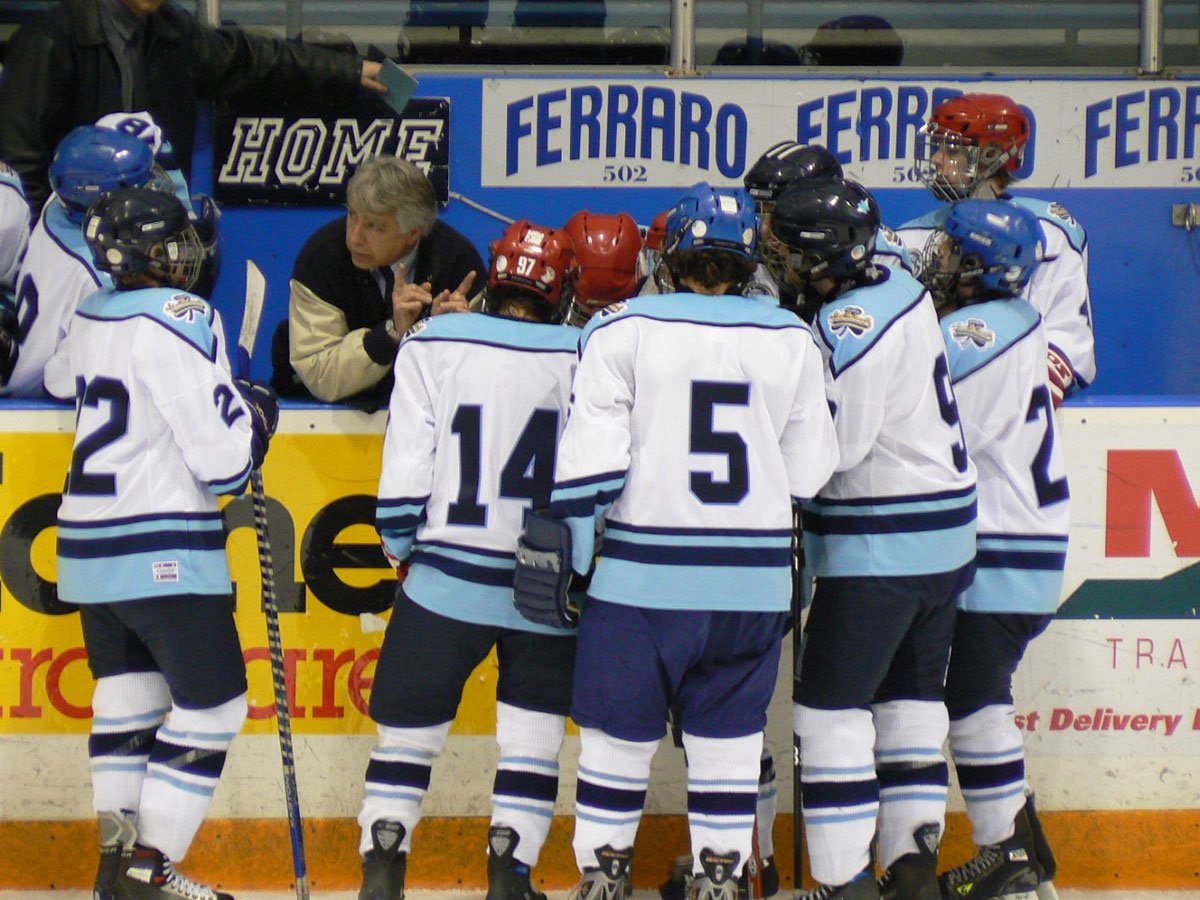 It came via a letter from a Grade 9 student, who was struggling in school.

“I still have that letter,” says Walsh choking back tears as he recalls it from more than 20 years ago.

“He [the student] apologized for not being a better student and he basically said I never gave up on him. I always made him feel like he was important in the class and that he was part of the team. That he was important,” Walsh recounts.

“I was new to teaching. I don’t think I understood at that point how deeply you can touch somebody and not realize it. That letter was huge.”

In his 28 years at SMCS, Walsh has coached every year — except in 2020 — because of the pandemic. 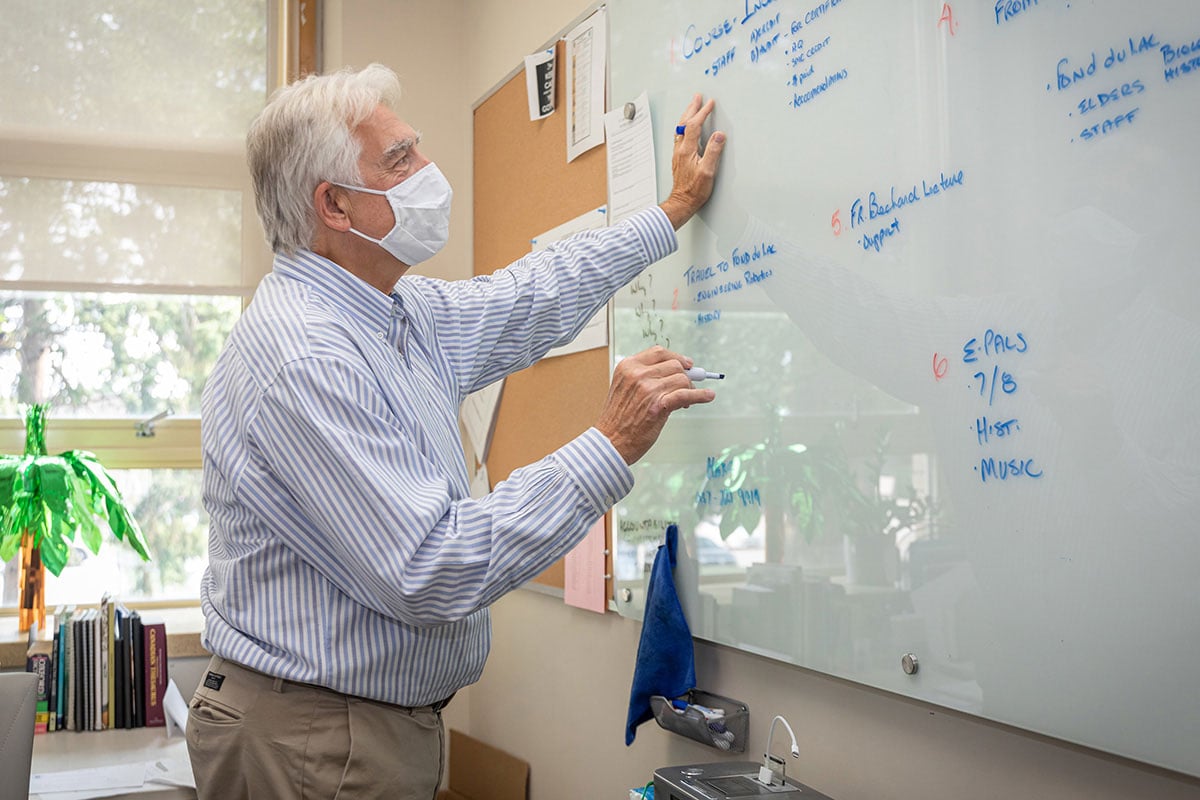 In 2017, he began another career shift, harnessing his experience in the classroom, relationship-building, coaching, and mentoring skills to establish the Community and Learning Partnerships programme at SMCS.

He’s still drawing up plays, connecting dots, and nurturing new mentors, both inside and outside the classroom.

“You’re moulding the minds of these young men, and it’s much more significant than somebody running a proper play. You’re talking about a young man’s life. I have never taken that for granted.”

Change because you are passionate about going into that career and not because you have nowhere else to go or are to trying to get out of something else.

Pursue something that brings you joy, because if you’re not happy it affects you and everyone around you.

Regardless of what you are doing, continue to build your toolbox of skills and be prepared for what might come around the corner.

This story is part of an ongoing series on the career journeys of St. Michael’s College School staff.