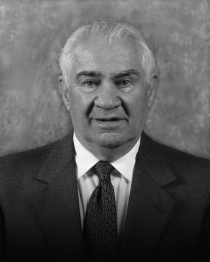 Following his time in junior hockey, Jim became a scout with the Toronto Maple Leafs. In 1969, he was promoted to General Manager of the Leafs and served in this capacity for the next ten years.

He is recognized as one of the first National Hockey League managers to identify Europe as a talent pool for the league, and in 1979 became the NHL’s Director of Central Scouting.