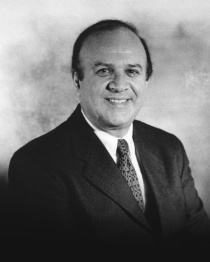 Max was a very active parent at St. Michael’s becoming involved in the Building Fund Campaign from the very beginning. He was secretary/treasurer of the Parent’s Guild for years, he helped organize and was a major contributor to the annual Dinner Dance fundraiser, he helped organize the Fashion Show and he was an Executive Committee member for the 150th Anniversary Gala Dinner.

Max did not graduate from St. Michael’s College School but has a love and concern for St. Michael’s which equals that of those who did attend.

For his long record of service to many projects at St. Michael’s, we proudly placed his name on the Order of St. Michael’s.