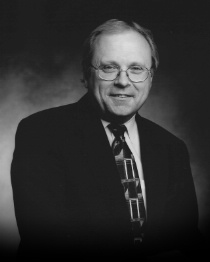 Michael Duffy is a generous man He is generous with the most precious possession, his time. He has given to the Knights of Columbus, to homes for the aged, to the Arthritis Society, and organized hockey for the young. He has served on the Liturgical Committee of Blessed Sacrament Church and is a regular Eucharistic Minister.

In 1995, St. Michael’s began a Building Fund Campaign to renew the school. Michael was the first volunteer. He was the President of the Building Fund and organized the Advancement Office to plan for the future of the school.

St. Michael’s is proud of Mike Duffy and his ability to give of his time and talent to others. He has a vision of Goodness which always includes his neighbour. He is a St. Michael’s man who is living out the lessons learned from his school. St. Michael’s recognized his generosity in conferring The Order of St. Michael upon him.