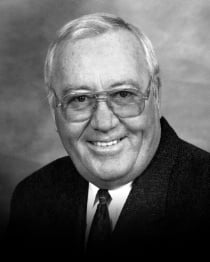 Patrick Edward Hannigan 1936-2007, professional hockey player, refugee advocate and family man was born March 5, 1936 in Schumacher, Ontario and came to Toronto in 1953 to play for the St. Michael’s Majors.

After retiring, Pat was the colour commentator for the Buffalo Sabres for 13 seasons. Pat and his wife, Lynn, settled over the border in Fort Erie and raised three children, Ted, Carey and Bill.

In 1967, Pat’s older brother, Gord, who had preceded him to the NHL, died at 37. Gord had given Pat the best advice he had ever received. If you are going to play pro hockey, start to read and stay out of the pubs. Gord’s death deepened Pat’s faith and added gravitas to his fun-loving character.

It was in 1985 on a trip to Nicaragua with the Canadian Catholic Organization for Development and Peace, that Pat had a life changing experience as he witnessed first hand the devastation of civil war and the country’s poverty. Five years later, Pat and Lynn and a group of Niagara-area Christians opened Casa El Norte, a refuge house in Fort Erie. A few years after that, a second house was added next door.

The work that Pat and Lynn and the Casa community have done over the years has helped thousands of people escape persecution and conflict to find peace in Canada. Pat’s life and that of his family blossomed as they welcomed refugees from around the world, forged friendships and worked with countless volunteers from the local community for anything that was needed.

Pat’s health began to deteriorate as he underwent dialysis treatments, then open-heart surgery. Yet he never missed a St. Michael’s College School reunion insisting on wearing his 1955 St. Michael’s Majors jacket and school ring. Pat passed away quietly on December 11, 2007 totally at peace with the God and family who had long sustained him.