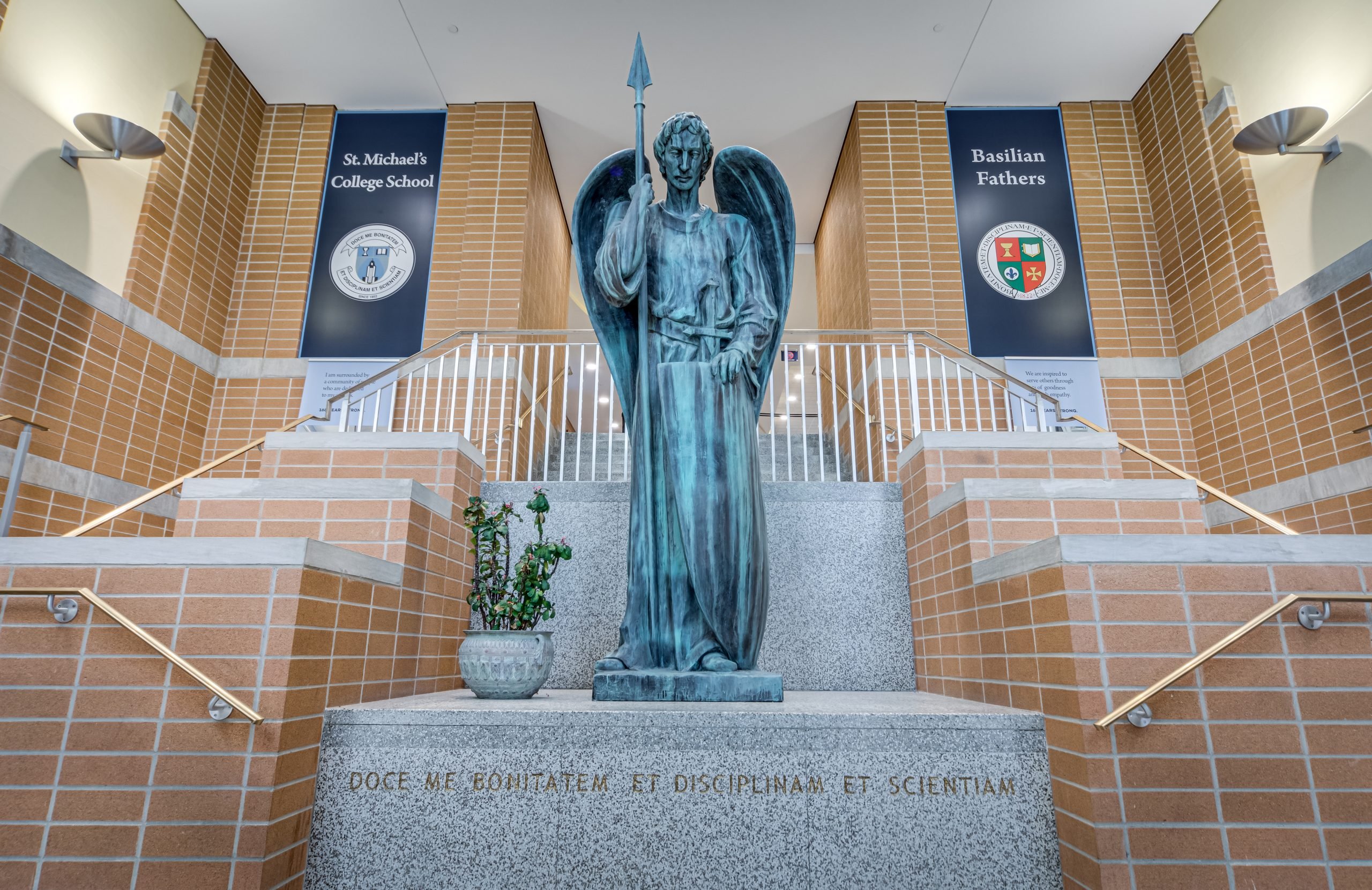 The St. Michael’s College School Board of Directors is comprised of a blend of religious and lay members.

Representing multiple stakeholder groups with varying bodies of professional expertise and life experience, the SMCS Board of Directors is tasked with supporting the setting of school policies and procedures, strategic direction and financial matters. 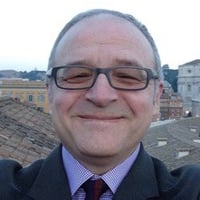 Mr. John Dalla Costa is the founding director of the Centre for Ethical Orientation. He has provided ethics and governance consulting internationally to organizations in the public, private, and not-for-profit sectors.

An original faculty member of the Directors College, for ten years he also taught business ethics and social responsibility at the Schulich School of Business.

He has authored five books including most recently, ‘Magnificence at Work: Living Faith in Business’, and bestselling, ‘Working Wisdom: The Ultimate Value in the New Economy’.

A newly appointed Fellow of the Caux Round Table, Mr. Dalla Costa is working with an international network of business leaders and the Vatican to foster the moral principles for ‘Inclusive Capitalism’. He is also part of an interdisciplinary task-force at the Pontifical University of Thomas Aquinas that is developing a framework for the integral economy based on the Apostolic Exhortations and Encyclicals of Pope Francis.

Mr. Dalla Costa holds a BA in literature from Dominican University, as well as a BA in Sacred Theology and a Master of Divinity from Regis College. 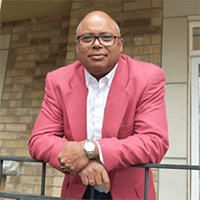 He is a retired human resources professional with 32 years of experience at Ontario Hydro/Ontario Power Generation. His work experience within human resources has covered many facets including, health and safety, wellness, compensation and benefits, disability management, operational audit, and training.

In his post-retirement, Patrick has taught human resources and occupational health and safety at George Brown College and Sheridan College.

Patrick is currently a certified workplace investigator for a small law firm. He investigates harassment and discrimination claims under the Occupational Health and Safety act.

He has maintained close ties to his community by volunteering on local committees and community projects. Patrick’s board experience includes being the current board Chair for the Canadian Mental Health Association in Peel/Dufferin. An organization that offers grassroots mental health support to the communities in Peel Region and Dufferin county.

Patrick is also the Co-chair of the Working Committee for the Hills of Headwaters Ontario Health Team. A local, regional team assembled to provide integrated health services to Orangeville, Caledon, and surrounding communities. 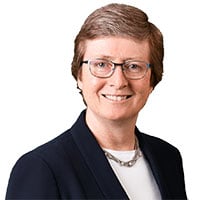 Susan Grundy is a retired partner of Blake, Cassels & Graydon LLP, where she practiced business restructuring and insolvency law for many years. Most recently she was a member of the firm’s senior management team as the firm’s General Counsel.

She has served on the boards of a number of professional and non-profit organizations and is currently a member of the boards of VHA Home Healthcare and Toronto Botanical Garden.

Susan has an ICD.D designation from the Institute of Corporate Directors, is a Fellow of the Insolvency Institute of Canada and is a graduate of Queen’s University and University of Toronto Law School. 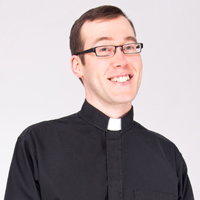 Fr. Glenn McDonald is from Airdrie, AB, and studied mechanical engineering at the University of Alberta. He met the Basilian Fathers at St. Joseph’s College, the Catholic College at the U of A. In 2001, he entered the Basilian novitiate in Tehuacán, Mexico.

He currently serves as pastor of the parishes of St. Alphonsus and St. Clare, Edmonton, and is a Division Chaplain with Edmonton Catholic School Division. He is also a board member of L’Arche Edmonton. 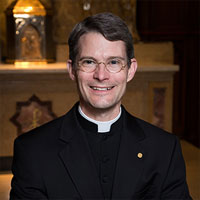 Born and raised in Corpus Christi, Texas, Fr. Morgan Rice, CSB studied mechanical engineering at the University of Virginia and later worked for six years in the engineering field in Houston, Texas. It was there that he met the Basilian Fathers at St. Anne Parish and began to discern seriously the priesthood and religious life.

His Basilian journey brought him to Detroit where he taught algebra and physics for a year and then to Toronto where he completed a Master of Divinity degree at the Faculty of Theology at the University of St. Michael’s College.

Ordained in November 2009, Fr. Morgan served as an associate pastor at St. Kateri Tekakwitha Parish in Rochester, N.Y., and then moved to Toronto in June 2017 to begin his term as Pastor at St. Basil’s Parish.

In 2022, Fr. Rice was re-elected to a four-year term with the General Council of the Basilian Fathers. 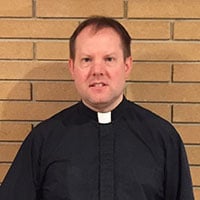 Fr. Warren Schmidt, CSB, is from Edmonton, AB. In 2004, he graduated from the University of Alberta’s Faculté Saint-Jean with a BSc, majoring in biological sciences. Fr. Warren met the Basilians while working as a technologist in an environmental microbiology lab in Edmonton, studying philosophy and being actively involved in Catholic student groups at St. Joseph’s College at the University of Alberta. In 2009, he professed first vows as a Basilian and was ordained a priest in 2014.

Fr. Warren taught high school French and English as a Basilian at Instituto Nuestra Señora de la Asunción (INSA) in Cali, Colombia. His Basilian life has brought him to Cali and Santa Marta, Colombia; Windsor, Ontario, as a novice; Toronto for theological studies at the University of St. Michael’s College; St. Kateri Tekakwitha Parish in Rochester, NY; Paris, France, where he earned his PhD in sacramental theology from the l’Institut Catholique de Paris; and now full-circle back to Edmonton, where he currently teaches theology at St. Joseph’s College. 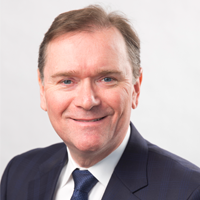 Prior to joining SmartCentres REIT in 2014, Peter served as the Vice President and Chief Financial Officer at Allied Properties from 2010-2014.

From 1996-2010, he held the position of Chief Financial Officer at DTZ Barnicke, a leading real estate brokerage and advisory firm.

Peter has been a Chartered Accountant since 1988 and he is a graduate of Ryerson University in 1986 and St. Michael’s College School (SMCS) in 1982.

Peter served an instrumental fundraising role for both the SMCS Centre for the Arts and the Basilian Fathers’ Presentation Manor retirement residence project.

In addition, Peter has spent the last 20 years as a member of the Southdown Board of Directors, a charitable organization that provides preventative and restorative care to clergy and vowed religious.

Read about The Order of St. Michael