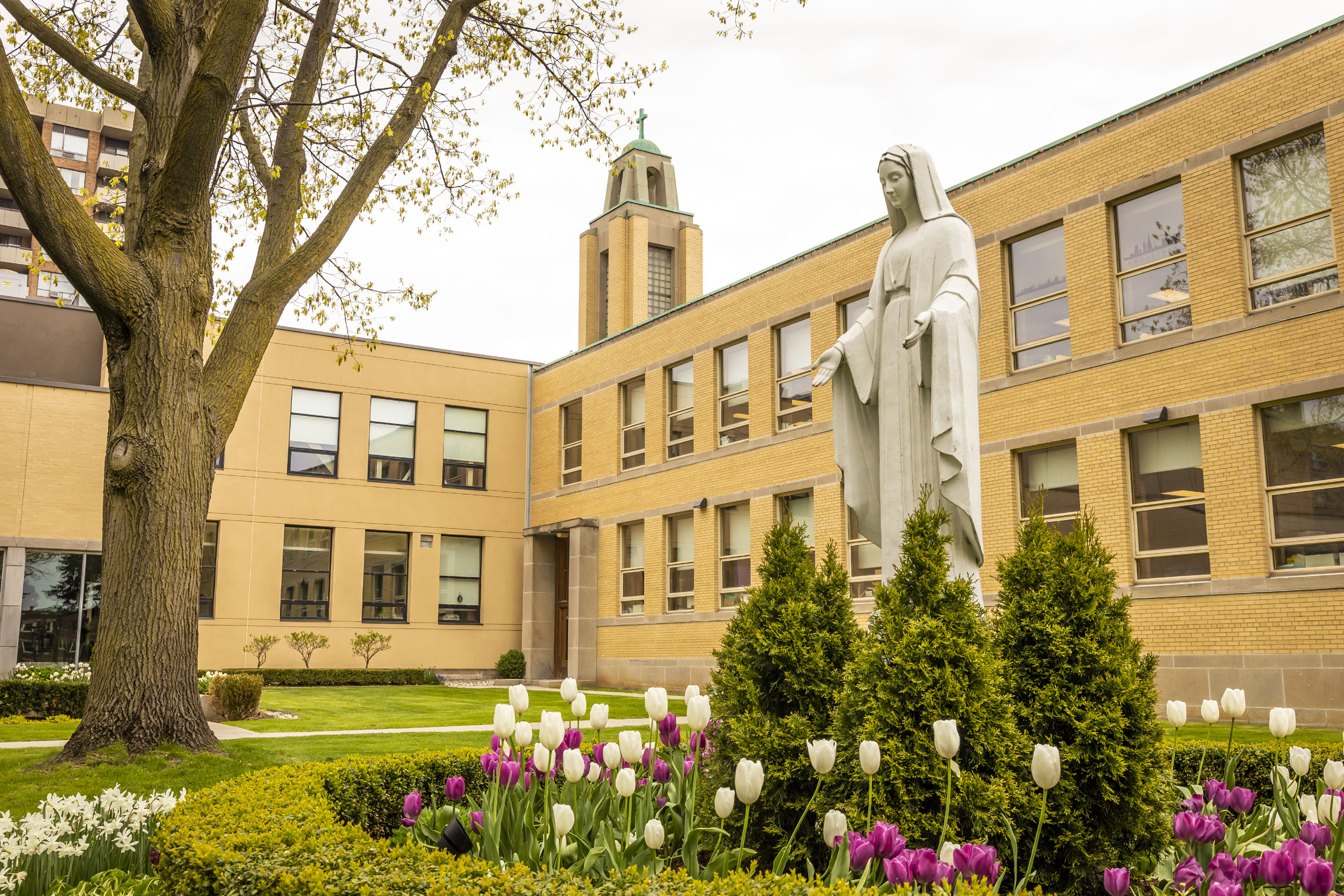 The storied history and tradition that laid the foundation for St. Michael’s College School as we know it today began in another country, almost two centuries ago.

The Congregation of St. Basil (Basilian Fathers) was established as a religious congregation in France in 1822.

As a result of the closing of seminaries in France during the French Revolution, two diocesan priests opened a secret school in the mountains of central France. 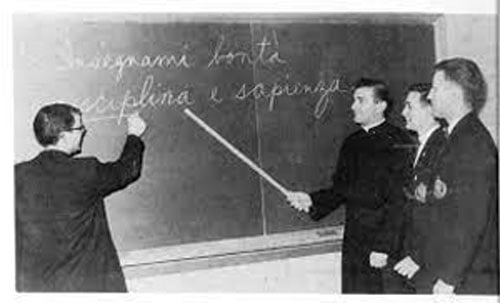 After several years of operation and a change in the French laws, 10 priests serving there openly bound themselves into a religious community.

They reasoned that the school, by then located in the city of Annonay, would have a better chance of flourishing if it were conducted by a religious congregation that could accept and train new members to continue its operation after the founding fathers’ retirement.

The original members chose St. Basil the Great, a fourth-century teacher, Bishop, and Doctor of the Church, to be the principal patron of the new community. 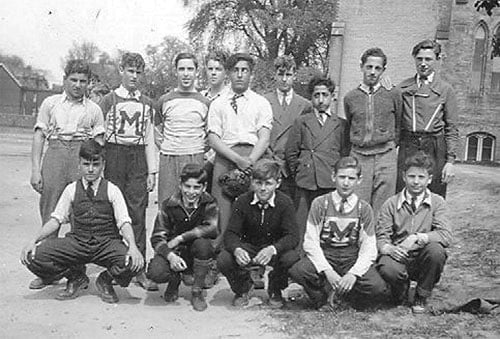 In the middle of the 19th century, the French Basilians came to Canada on an invitation from Bishop Armand de Charbonnel of Toronto. The Bishop discerned the clear need for Catholic schools for the young people of his parishes, especially at the high school level. In his plans to bring Catholic education to more of his faithful, the Bishop immediately thought of his education at the Collège du Sacré-Cœur in Annonay, France, a school established by the Basilian Fathers. In September of 1852, the Basilians opened St. Michael’s College (SMC) in Toronto, which offered a combination of a high school and university education.

St. Michael’s College quickly outgrew its original facilities in the basement of the Bishop’s Palace on Church Street. In 1856, it was moved to Clover Hill, a property donated to the Basilian Fathers by the Honourable John Elmsley. Clover Hill was outside the city at that time, in an area now bounded by Bay, St. Joseph, and St. Mary Streets. In 1881, St. Michael’s College was formally affiliated with the University of Toronto for post-secondary education. The high school section, known as St. Michael’s College School (SMCS), expanded much more rapidly and in 1902 a new wing was added to the original building, where it remained until 1950.

During the Great Depression, the Superior of the Basilians, Fr. Henry Bellisle, CSB slashed tuition and established two satellite campuses to preserve enrollment. Both campuses accepted Grade 9 students in September 1932. The East End Campus was on Lee Avenue in the Beaches area, and the West End Campus was on the St. Joan of Arc Church property at the corner of Bloor Street West and Dundas Street West. The western campus closed after June 1936, with the eastern campus following one year later. 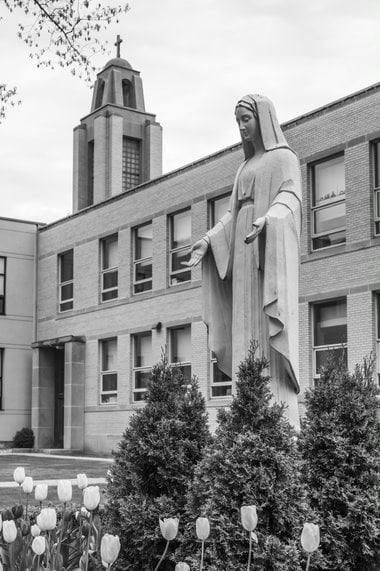 In the years following the Second World War, it became apparent that the Bay Street buildings were not equal to the challenge of serving a growing student body and the high school section formally separated from the university.

In September 1950, St. Michael’s College School opened its doors in a new building on Bathurst Street at St. Clair Avenue West, where it is situated today.

In 1967, St. Michael’s College School began an important new phase in its history when it entered into a partnership with the Metropolitan Separate School Board of Toronto to educate the Board’s students in Grades 9 and 10. This decision made St. Michael’s both a private and public school.

In September 1985, the Basilian Fathers decided to refuse provincial aid and returned St. Michael’s to its Catholic roots as a fully independent Catholic high school.

In 1995, a major capital expansion programme upgraded the school with a new wing, complete with modern classrooms, a new library, music and visual arts facilities, a design and technology lab, a 250-seat lecture hall, and an expanded gymnasium. In September 1998, St. Michael’s College School expanded its academic programme to include Grades 7 and 8. The preparatory school had previously been active during the early 1900s.

The school’s athletic stadium was retrofitted in September 2004 to include a state-of-the-art athletic field with artificial turf, an electronic scoreboard, stadium lighting, and an air-supported dome covering a third of the field for use during the winter months.

The Centre for the Arts opened in 2010, the fourth and final phase of the St. Michael’s College School revitalization project that commenced in 1995. It is a state-of-the-art facility that provides excellent space and resources for teaching and learning. The centre comprises of 440 seats in an intimate setting that face the Fr. Thomas F. Mohan, CSB Stage.

The roots of the Archives Office can be traced to the late Fr. William O’Brien, CSB who began searching for documents and records relevant to the history of St. Michael’s College School at the request of principal, Fr. Norman Fitzpatrick, CSB. The Archives and Museum are located on the second floor of the arena.

The archives and the museum collect and preserve historical materials about the school according to the best contemporary standards. The goal is to make these accessible to the St. Michael’s community and researchers. The archives perform the vital function of maintaining the records of the school including all yearbooks, photos, and other media such as artifacts. The museum displays items from the archives and together they reinforce the rich St. Michael’s Catholic tradition for present and future generations while supporting alumni celebrating their past and present.