Graduates from 2000 to Present Graduate Bios

Since 1852, St. Michael’s College School has formed young men who are leaders and change-makers across a variety of fields, industries, and professions — all over the world.

A wall inside the main hallway of the school building called, ‘Inspiring Young Alumni’, recognizes the achievements of some of the school’s most inspiring recent graduates. Meet them below.

Graduates from 2000 to present 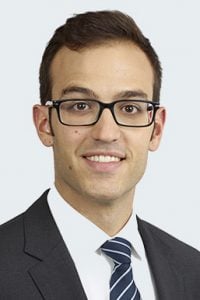 Robert Barbiero is currently a lawyer at Torkin Manes LLP where he practices civil litigation with an emphasis on health law and professional discipline. In particular, Robert frequently represents regulated health professionals, such as physicians and dentists, before the health regulatory colleges in Ontario.

To date, he has appeared as counsel at every level of court in Ontario, the Health Professions Appeal and Review Board, and the discipline committee of several Ontario health regulatory colleges.

Robert holds an HBA, MA, and a JD from the University of Toronto. 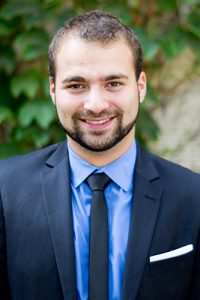 Dr. Michael Bazzocchi is currently a research associate at the University of Toronto. Previously, he held a Postdoctoral Research Fellowship in Onboard Space Systems at Luleå University of Technology in Sweden.

Michael received a PhD in aerospace science and engineering and a B.ASc. in engineering science from the University of Toronto. His research is on asteroid science, orbital dynamics and control, spacecraft formation, space debris, robotics, and engineering design.

Michael is the founder and president of the Trek for Teens Foundation for homeless youth, and is actively involved in various charities. Dr. David Cappadocia is currently a management consultant in the life sciences sector, where he combines strategic thinking, analytics, and domain expertise to develop innovative solutions to key commercial business problems. As a senior consultant at IQVIA Canada, David helps clients fully understand the competitive space they operate in, and collaborates with them to design actionable, evidence-based sales and marketing strategies.

He received his B.Sc., and PhD in neuroscience at York University, where he studied how the human brain uses visual information to plan and perform actions. 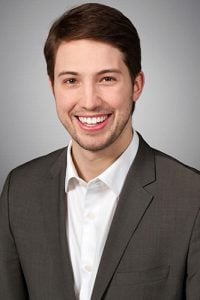 Michael Ceci is the chief of staff to the Hon. John Baird. He works in a consulting capacity in global government relations and international business development.

Previously, Michael has worked at the Ministry of Foreign Affairs and in the leadership development programme at TELUS.

Together with fellow alumnus Joseph Zentil ’06, he also founded Strange Customs, a media production company that has produced over 50 short films, music videos, and commercials.

In 2014, Michael was the Ontario PC Party candidate for Willowdale during the provincial election. 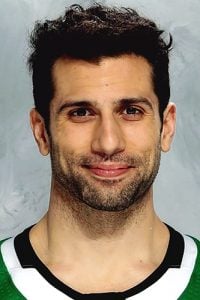 Andrew Cogliano was a well-rounded student-athlete at St. Michael’s College School. After two highly successful seasons with the St. Michael’s Buzzers Junior A team, Andrew’s passion for and talent in hockey earned him a scholarship to the University of Michigan where he spent two seasons.

Andrew has captured a gold medal on three occasions while representing Canada, once with the U-18 team and twice with the World Jr. team.

He was selected in the first round of the 2005 NHL draft by the Edmonton Oilers. His NHL career has also included time in Anaheim and most recently in Dallas. 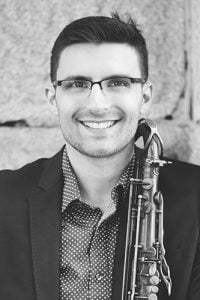 John DeSimini is currently working as a professional musician in New York City. His Broadway credits include: A Bronx Tale, Beautiful, Jersey Boys, Ain’t Too Proud, Tootsie, and Mean Girls. John has also performed at notable venues such as Radio City Music Hall and Massey Hall.

He’s worked alongside the likes of Diana Krall, Josh Groban, Rufus Wainwright, Hilario Duran, as well as on the 73rd Tony Awards Broadcast on CBS.

John is also working on his MBA in music business from Berklee College and Southern New Hampshire University. 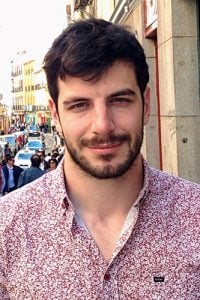 Michael Del Balso is an expert in machine learning and artificial intelligence. He graduated from the University of Toronto with a bachelor of science.

Michael began working for Google shortly after graduating where he worked on Google Maps and led machine learning teams for Google’s $100B ads business. Dr. Michael Di Lena graduated from St. Michael’s College School as class valedictorian and Spiritus Award recipient. He attended Queen’s University and earned a bachelors degree in life sciences before receiving a medical degree from the University of Ottawa in 2015.

He then underwent urological residency training at Queen’s University and will complete his fellowship at the University of Toronto in kidney transplant and robotic surgery.

Michael has co-authored over 20 peer-reviewed articles and book chapters and has presented his research at numerous national and international meetings. 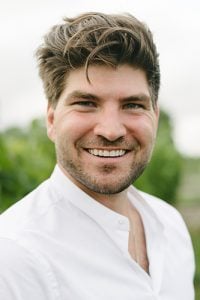 A published researcher, Richard has presented at multiple international conferences and has received several awards in urology. His current academic focus involves kidney and prostate cancer.

Richard was also part of the surgical team involved in the first live-broadcasted kidney transplant. He will be pursuing sub-specialized training in the field and ultimately plans to build and grow a urologic practice in the Greater Toronto Area. 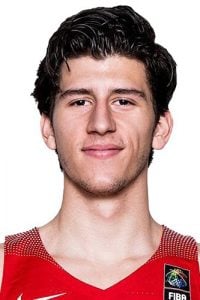 Danilo Djuricic found great success in the classroom and on the basketball court during his time at St. Michael’s College School. He was two-time captain of the Varsity Blue Raiders basketball team and a two-time OFSAA champion.

In 2016, Danilo was named to Toronto’s high school basketball top-50 all-time players. He has also found success with Team Canada Basketball, as captain of the U16 and U17 teams as well the U19 team that captured the world championship.

Following a stellar career at St. Michael’s, Danilo was recruited by Harvard University, where he is currently studying economics and sociology. Dr. Alessandro Francella currently practices sport and exercise medicine at the University of Toronto and Cleveland Clinic Canada, in addition to emergency medicine in Durham.

He was perpetually involved in both athletics and the arts while attending St. Michael’s College School. He graduated from McMaster University with a degree in kinesiology while playing four years of varsity football.

Alex obtained his doctor of medicine (MD) from Saba University School of Medicine. He completed his family medicine residency at the University of Toronto, where he was chief resident. 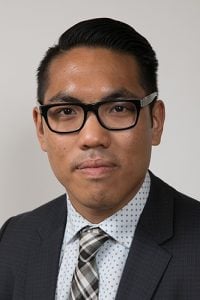 Anthony Fung is a professional drummer, composer, and producer in Los Angeles. Anthony also co-leads a Toronto-based band called ‘JabFung’ with bassist Julian Anderson-Bowes. He released his debut album, ‘Chronicles’, in 2014 and his second album, ‘Flashpoint’, in 2018.

Following his graduation from St. Michael’s College School, Anthony attended Berklee College of Music and Berklee Global Jazz Institute. He then went on to study at the Thelonious Monk Institute of Jazz Performance, where he performed with Herbie Hancock, Wayne Shorter, Chris Potter, and Billy Childs. 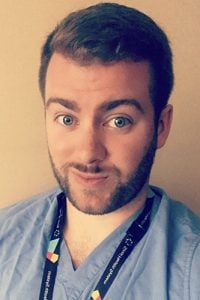 Dr. James Higgins finished his orthopaedic surgery residency in Toronto and is now sub-specializing in his field. He completed a clinical fellowship in arthroscopic sports surgery in 2019, working alongside surgeons for the Toronto Maple Leafs, Blue Jays, and Raptors.

James is currently working at two of Canada’s busiest trauma centres, St. Michael’s Hospital and Sunnybrook Health Sciences Centre, with a primary focus on both upper and lower limb reconstruction and trauma.

Ultimately, he plans to build and grow an orthopaedic practice in the Greater Toronto Area. 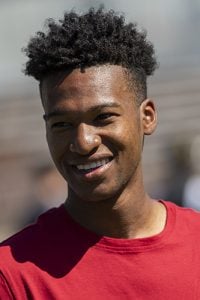 Justyn Knight has a passion for track and field that was fostered as a student-athlete at St. Michael’s College School.

He earned a full scholarship to Syracuse University where he had an outstanding career that included two NCAA championships, a world championship finalist, and All-American honours in track and field.

Following his time at Syracuse, Justyn signed a long-term professional contract with Reebok Boston Track Club , where he will train for the Olympics. 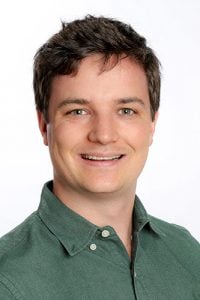 Dr. Michael Kuhlmann completed medical school training at the Royal College of Surgeons in Ireland in 2014. He pursued residency training in general internal medicine at the University of Toronto where he was honoured to be named chief medical resident at Women’s College Hospital in the 2018-19 academic year.

In 2019, Michael was appointed to the ambulatory lead physician role at Credit Valley Hospital, where he is tasked with streamlining high-quality and effective outpatient medicine.

He is also a clinical lecturer within the department of medicine at the University of Toronto. 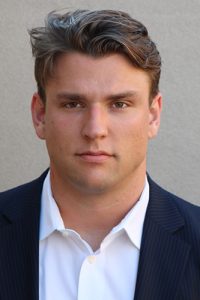 Nolan MacMillan started his football career at St. Michael’s College School and credits his success to the coaching and culture at the school.

After graduation, he earned a full scholarship to the University of Iowa in the Big Ten Conference. While at university, Nolan majored in philosophy. He was twice recognized as an Academic All Big Ten honouree.

In 2013, he was selected in the first round of the CFL draft by Ottawa and has been a mainstay on their offensive line, helping the team capture the 2016 Grey Cup. 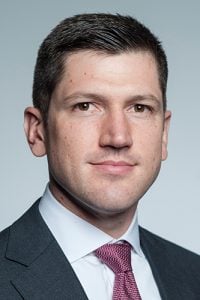 Paul Rasbach works for Aviva Investors, a global fund manager with over $500B of assets under management and a leader in responsible investment considering environmental, social and governance impacts. As head of strategy and delivery, his role is focused on building efficiency and automation into their operating model to ensure continued value for customers. He also is accountable for crisis management at his firm and has led their response to the covid-19 pandemic He started his career in Aviva’s Toronto office before relocating to London, UK in 2015. 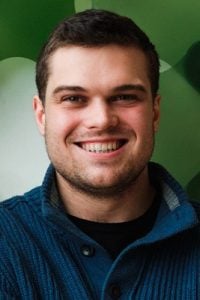 Conor Ross was heavily involved at St. Michael’s College School, highlighted by his participation in cross country and track and field, the leadership programme, and class valedictorian in 2012.

He graduated from Queen’s University with a mechanical engineering degree. During his final year, he co-founded Iris Technologies, a medical-technology company that helps concussion/brain injury patients return to work or school.

In 2019, Iris Technologies was acquired by Ontario-based Accelera Medtech Canada. 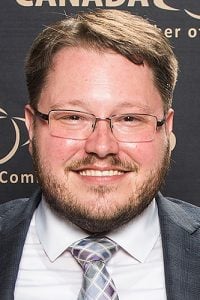 Dominic Roszak currently works as director of operations, stakeholder relations and appointments in the Minister of Ontario’s Office of Government and Consumer Services.

At St. Michael’s College School, Dominic was a member of the photo-video club and enjoyed history and classics. He went on to study at Carleton University, graduating with a bachelor of public affairs and policy management and a master of arts in public administration.

Since then, he has worked as a political advisor to senior cabinet ministers at both federal and provincial levels of government in Canada, including in the Prime Minister’s Office. 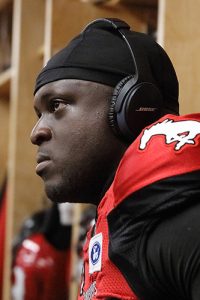 Derek Wiggan was a key member of the 2008 Kerry Blues Football city championship. After graduating from St. Michael’s College School, Derek attended Queen’s University, majoring in history and graduating with an honours bachelor of arts. During his time playing at Queen’s, he was an OUA All-Star from 2011-2014 and an All-Canadian in 2013.

In 2014, Derek was selected in the fourth round (34th overall) of the CFL draft and is currently in his fifth season with the Calgary Stampeders. 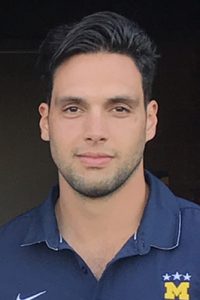 Dr. Thomas Zaikos is currently finishing his medical training at George Washington University School of Medicine & Health Sciences in Washington, D.C. He is beginning a career as a pathologist and physician-scientist.

After graduating from St. Michael’s College School, Thomas completed his undergrad in biochemistry at St. Bonaventure University. He recently completed a PhD in microbiology and immunology at the University of Michigan.

Thomas has a passion for contributing to the cure of the HIV infection and focused his PhD thesis as well as his current research on this cause.